Sign In
Welcome to the Roleplayer's Dice Roller,
your one-stop virtual bag of dice!

RPG With Your Friends

Our Dice Rooms are special chat rooms designed to facilitate pen&paper roleplaying online, in groups - here you can have joined sessions with other players.

Got a question? Looking to connect with other Rolz users? Now there is a subreddit for that: /r/Rolz

The Rolz.org dice roller supports a variety of roleplaying systems. It interprets dice codes presented in the standard notation commonly used in roleplaying games, but it also knows advanced rules. Refer to the dice code documentation for more info.

Please enter the dice code into the input field and hit enter. You can also click on the dice on the right to load them into the field. Click double if you want to roll one of them right away.

How to Join "OmniVerse Online" 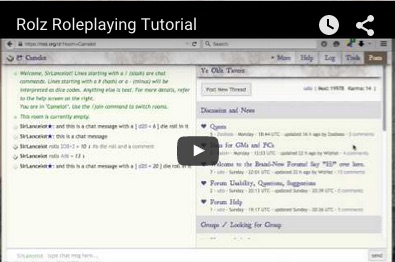 Posting rolls to forums a lot?

Drag and drop this bookmarklet into your bookmarks. When you are writing a forum post that needs a die roll, click on the bookmarklet to embed a roll into your post without having to leave the forum page:

Dice Roll < drag & drop this into your bookmarks

Rolz has almost no clout on the web. If you want to support Rolz, please consider writing a review or a post about it. For example, head over to AlternativeTo/software/rolz and leave an honest review. Every little bit helps!
By using this site, you agree to honor the Terms and Conditions